Why are Electricity Prices So Expensive in Australia? 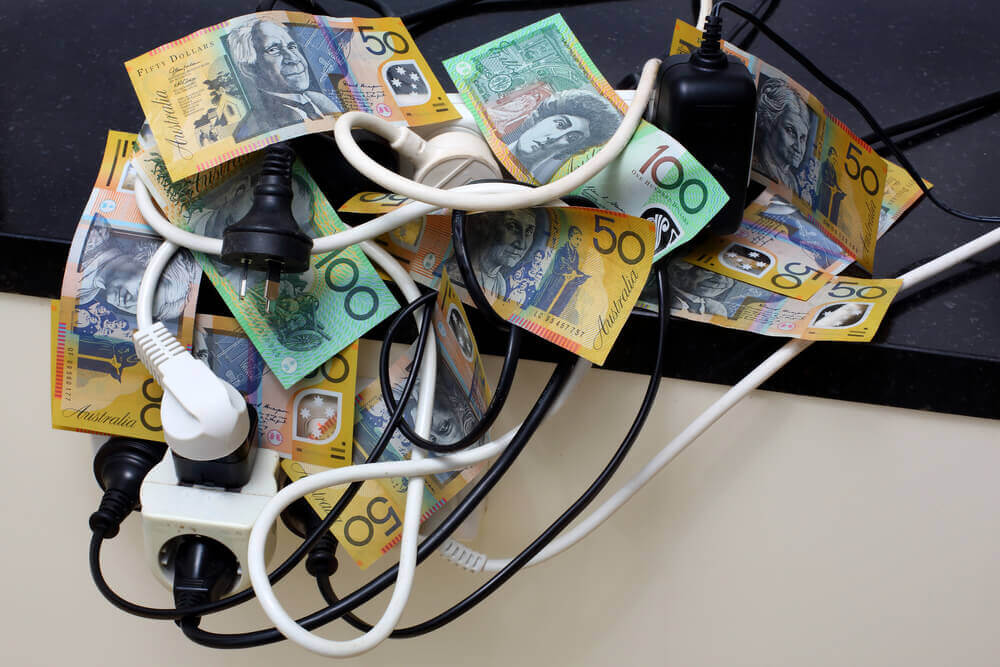 We’ve got some of the world’s largest coal and natural gas reserves, yet Australia has the sixth-most-expensive energy in the world.

Furthermore, according to the Australian Competition and Consumer Commission (ACCC), we are paying 44% more for electricity than we did ten years ago. Ouch.

Something just doesn’t add up.

Why are Australians paying top dollar for electricity?

With electricity retailers, politicians and renewable energy advocates all pointing the finger in different directions, the answer has become more complicated than it should be.

Breaking it down, there are four major factors contributing to an increase in our energy bill: wholesale costs, network charges, retail margin, and environmental costs.

The wholesale costs include the expenses associated with generating electricity. These expenses have increased dramatically over the past few years due to a snowball of reasons leading up to our present day energy crisis.

The instability and closure of large power stations has put strain on the entire electricity network. When the National Electricity Market (NEM) was established in Australia in 1998, there was more generation capacity than demand. The oversupply of energy made prices relatively cheap, however this put financial pressure on fossil fuel producers.

Power stations were forced to produce less electricity at lower prices resulting in the closure of several large power coal plants across the nation.

Now we are faced with an under-supply, not to mention the state of the remaining power stations are not fit for the 21st century.

According to the new Climate Council report, End of the Line: Coal in Australia, there were almost 100 breakdowns at fossil fuel power stations over a seven-month period ending in June 2018.

Furthermore, by 2020, over half of the coal power stations in Australia will be over 30 years old. It comes as no surprise the older they get, the more unreliable and expensive to operate.

Unfortunately, Australia has failed to build enough new generation to replenish the retirement of the current coal plants.

Another large expense contributing to our energy bill is the costs of poles and wires to provide a reliable delivery of energy.

Australia is a large country, and therefore has one of the longest (and most pricey) electricity networks in the world. Keeping poles and wires well maintained to move electricity around the nation is very expensive, and can make up half of our power bills.

The third contributor is the retail margin. This covers the costs of the electricity companies’ administration, marketing and other services.

Numerous studies have pointed the finger at retail margins for becoming one of the biggest causes for current price rises. In fact, a 2017 study on electricity prices conducted by the Australian Competition and Consumer Commission discovered the costs associated with electricity companies accounted for a quarter of the average residential energy bill.

Finally, the government green schemes have added an extra burn to our energy bills over the past decade with the Renewable Energy Target scheme (RET), household solar panel grants and other energy-efficient incentives for households and businesses.

While it’s imperative to reduce greenhouse emissions, the schemes have lacked unity and support from the governments resulting in questionable results.

It appears there has been no master plan for Australia as a whole; with state and territory governments sharing the responsibility of their energy supply alongside the Australian Government.

We’ve seen state governments introduce and scrap multiple failed schemes while the Australian Government has rejected policies without even trying them.

So here we are. An under-supply of energy, an aging industry, and no effective policies put in place to help the situation.

So, who is to blame for the rising energy prices in Australia?

Yes, that includes us – the customers.

As the Australian Competition and Consumer Commission’s (ACCC) reported in the 2018 Retail Electricity Pricing Inquiry, customers have become confused, disengaged and too lazy to shop around.

The electricity market in Australia has become very tiring to understand, however a new rule implemented to electricity and gas retailers, which started in February this year may change our relationship with our energy bill.

The new rule ensures electricity companies must inform customers of a price change at least five days prior.

It may be a simple change, yet the goal is to improve the transparency between retailers and customers so we can better understand our energy bills.

While there are many factors behind Australia’s costly energy bills, the good news is we can do something about it.

Shop around and find the most competitive energy plans in your area. You may be surprised just how much you can save by switching your electricity retailer.

How else could you be saving on your electricity bill? Compare now.