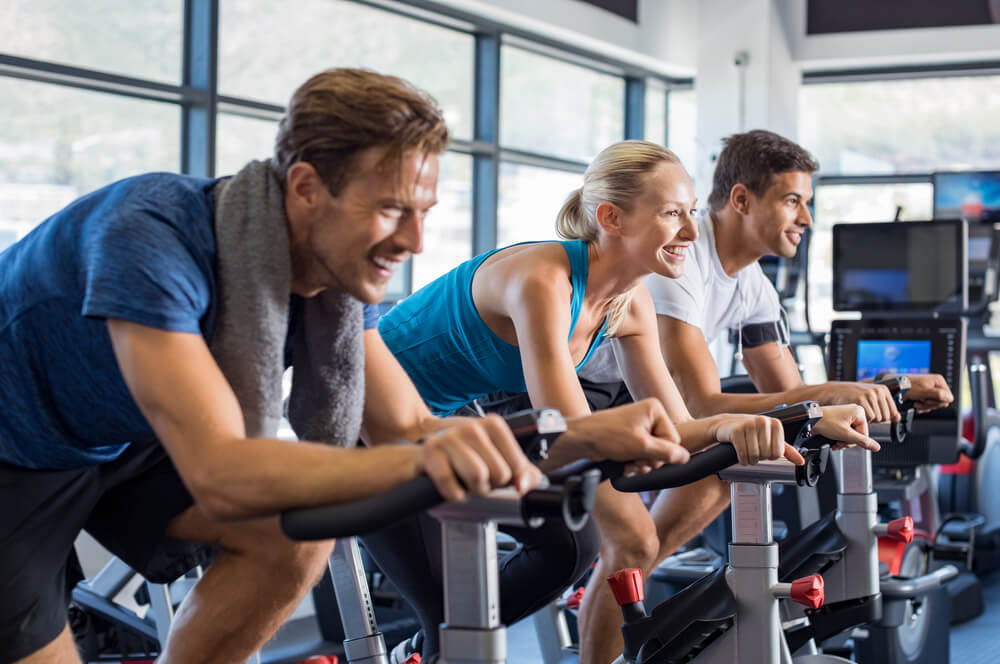 Gyms filled with power-generating exercise equipment are experiencing a resurgence in popularity, but their benefits may be more about marketing than actual energy savings.

Power generating exercise equipment has been around for decades. However, savvy fitness entrepreneurs only adopted the idea of harvesting the excess energy created during a workout to produce useful energy that can help power gyms within the last decade or so. The idea originally caught on in Hong Kong and has since spread to several countries around the world including Canada, the United States, throughout the United Kingdom, and Australia.

The equipment employed by power generating gyms is developed by any of several companies. These tech startups often have different philosophies and methods to creating their equipment, but they all follow the same basic premises.

The exercise machines (generally rowers, cyclers, elliptical, and stair climbers) are modified to include a generator that allows users to send electricity back to the power grid. Doing so offsets the carbon emissions created by the gym, offsets the building electrical usage, and still allows the exerciser to get a quality, resistance-filled workout.

While power generating exercise equipment does pump power back into the grid, it takes a lot of moderate to vigorous working out to make a significant impact on energy conservation and carbon emissions.

Additionally, considering the cost of energy generating exercise equipment, the savings to a gym owner might be negligible.

An energy producing exercise bike, or a modification kit for a traditional style cycler, can cost $1,000 or more – as much as a high-end exercise bike – while standard exercise bikes generally cost between 5% and 10% of that price.

Assuming a gym owner buys 20 exercise bikes at $1,000 a piece when he could have purchased each of them for $100, he has already invested an additional $900 per bike – or $18,000 – into his energy generating gym. Using the most generous estimates, if customers use the exercise equipment 12 hours per day and generate 160 watts per hour, they will produce about $100 of electricity per day. At that rate, it will take the gym owner about 5 years to recoup his additional investment.

More conservative estimates that assume exercisers generate closer to 100 watts of energy per hour and gym equipment is used five hours per day have the gym owner not recouping his investment until closer to 10 years.

Still, many energy-generating gym owners feel that the investment is worthwhile because, regardless of how much energy people put back into the grid, they still want to contribute. Giving eco-conscious gym members an opportunity to make a positive impact on the environment (no matter how small) can be a wise business decision.

Australians are becoming more eco-conscious with 20 and 30-year-olds leading the way. Greenpeace Australia Pacific reports that 41% of Aussies frequently consume organic or natural food, 85% recycle regularly, and 9% commute via bicycle at least once per week.

Couple that with Australia’s growing health and fitness consciousness, and energy-producing gym owners can develop a strong marketing platform to attract more members.

IBIS World released a report entitled, Gyms and Fitness Centres in Australia, which predicts that overall fitness centre revenue will increase at an annualised rate of 1.8% over the next five years.

The report explains that “Health consciousness has increased over the past five years, with consumers becoming more aware of the benefits of physical activity. This trend has increased consumer uptake of gym memberships.”

However, the report also explains that budget 24-hour gyms are and will continue to stifle the growth of more expensive or boutique gyms as people opt for cheaper memberships.

By coupling the generational enthusiasm for eco-consciousness with growing health awareness, energy producing gyms may be able to overcome the emergence of cheaper gyms, even if their initial investments are higher and take longer to recuperate.

While energy generating exercise equipment alone may not be the answer to fixing the global warming crisis, many green gyms do report being able to generate enough power to run their facilities through combined use of energy generating equipment, solar panels, wind turbines, and other conservation methods.