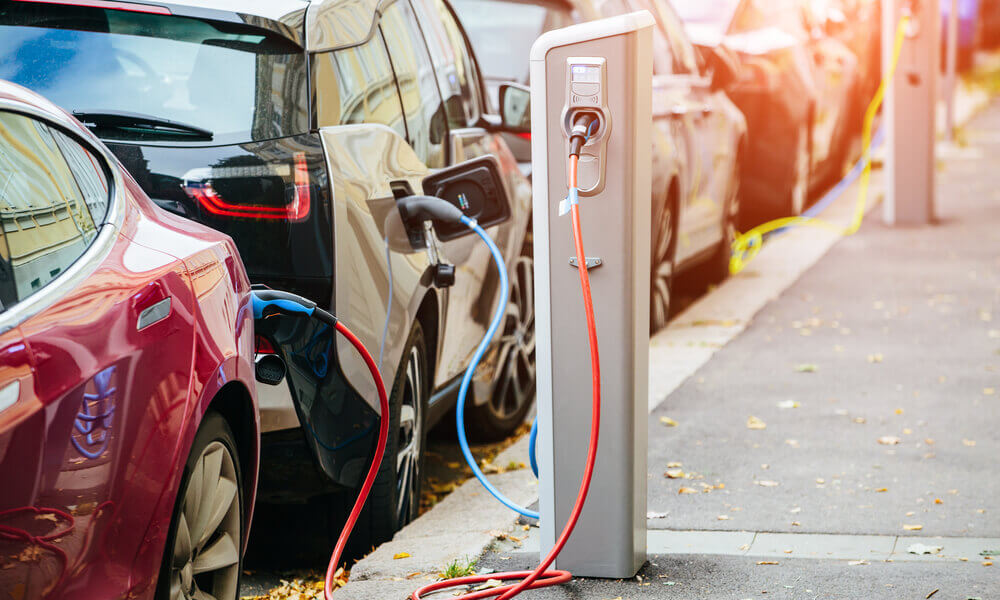 Australia has been slow on the uptake when it comes to electric vehicles, particularly since the national government provides little incentive to convert to them in favour of gasoline and diesel-fueled vehicles. However, there’s no denying that electric cars are on track to be the default transportation of the future. In fact, it’s estimated that by 2040 half of the world’s cars will be all-electric, so it’s really only a matter of time.

While high-end next-generation electric vehicles from brands like BMW and Jaguar are set to be released this year, efficient and environmentally-friendly transportation doesn’t have to be an extravagance. Though slow to catch on to the electric car trend, Australia is gradually motoring towards a clean and green future for vehicles.

Here’s a countdown of the 8 cheapest electric cars in Australia for 2018!

The Mitsubishi MiEV (short for Mitsubishi innovative Electric Vehicle) is the all-electric variant of the Mitsubishi i. This four-seater is a highway-capable mass production electric car, designed to be light and optimal for city driving.

The MiEV fully charges in seven hours, and is capable of a quick charge in 30 minutes. The battery pack is mounted under the floor of the car, leaving only the motor, charger, and inverter under the boot. This accounts for more trunk space and balanced weight distribution for easy maneuverability.

The Mitsubishi MiEV has three gear selector modes: D, E, or B. D or Drive provides a full-throttle run, although it decreases the car’s range. E or Eco tones down the performance in order to maximise range. B or Brake shifts the MiEV into regenerative braking mode, and feeds energy back to the car’s battery when slowing down or stopping. The MiEV is also controlled by its vehicle management system, the i-MiEV OS, which optimises the car’s performance while balancing energy consumption.

The Kona Electric is set for release in late 2018. Hyundai’s answer to the demand for an electric compact SUV, it comfortably seats up to five adults. The Kona Electric fully charges in 9 hours and 40 minutes, and is capable of a quick charge in less than an hour.

Compared to its gas counterpart, the Kona Electric boasts aerodynamically-improved wheels and bumpers. The batteries are situated under the floor, lowering the centre of gravity and freeing up boot space. The Hyundai Kona Electric also features four-wheel independent suspension for easy maneuverability and assistive technology like autonomous emergency brakes, blind spot monitoring, and cruise control.

It wouldn’t be a list of electric cars if Tesla wasn’t on it. Designed to be Tesla’s first mass market offering, a definite spot goes to Tesla’s Model 3, the high-end manufacturer’s most affordable electric car to date.

Mass production is still underway as Tesla attempts to straighten out minor technical kinks before release. Still, users who have already been given the chance to take out the Model 3 for a spin applaud its easy handling, shockingly minimalist interior (the dashboard is utterly devoid of the usual levers, buttons, nooks, and crannies) and compact size compared to the previous Model S. The car uses no keys or buttons, and is entirely controlled via the 15-inch-display central control panel or an app on your phone.

The Tesla Model 3 is expected to be released in late 2018.

From the first steps of its creation, the Renault ZOE was conceptualised as an electronic vehicle from scratch, instead of being taken from the ribs of an existing non-electric model. This means that the ZOE was envisioned as an ideal EV – it was designed with the batteries tucked under the floor instead of crowding the boot, and thus boasts a 338-litre-capacity trunk.

Further, the ZOE is equipped with Renault’s special Cameleon (Chameleon) charging system, which enables it to charge comfortably at any level of power. Safe and efficient, the ZOE fully charges in 3-4 hours, and is capable of a quick charge in 30 minutes.

The Kia Niro EV is the all-electric version of its similarly named hybrid and plug-in hybrid predecessors. The Niro EV retains Kia’s signature tiger-nose design with one difference – the front grille is converted to a charge port.

The Niro EV charges to full capacity in only 3-4 hours, and is capable of a quick charge in under an hour. Its efficient, liquid-cooled battery pack also accounts for its impressive range.

Kia also offers novel improvements to its human-machine interface (HMI). The HMI uses facial and voice recognition technology to link your Google App to your vehicle and control functions like remote charging, locking and unlocking the doors, switching the lights on and off, and even starting the engine from afar. The Kia Niro EV is predicted to be released at the end of 2018.

The Hyundai IONIQ (pronounced “ionic”) is a five-seater hatchback which comes in three powertrains – hybrid, plug-in hybrid, and all-electric.

The all-electric variant’s battery pack is mounted under the back seats, and the low centre of gravity makes for smooth, balanced steering. The IONIQ is cleverly designed with aluminum panels and aerodynamic suspension to reduce drag and lessen weight and rolling resistance.

The second-generation Nissan Leaf is a safe and practical choice for city driving. This hatchback four-seater is an enhanced version of the first-gen Leaf, featuring a quieter engine, easier steering and markedly faster acceleration than its predecessor.

The most distinct feature of the Leaf is Nissan’s innovative e-Pedal. Not an actual pedal, the e-Pedal is a regenerative braking driving mode that you can turn on and off in which your regular brakes are tied into the EV’s energy recovery system. You accelerate as normal when you press down on the accelerator pedal, but the e-Pedal system gradually slows the car down if you release it. The technology is geared towards making driving possible using a single pedal.

The Leaf may also be equipped with Nissan’s driver assistance technology called ProPilot, which allows for autonomous lane-centreing, adaptive cruise control, and self-parking.

Topping the list of cheapest electric cars in Australia is Renault’s Kangoo ZE! The Kangoo ZE is Renault’s first mass-manufactured purely electric van, and has since been an electric vehicle bestseller worldwide since 2011.

The Kangoo ZE is the ideal workhorse electric van. It’s got enough room in the back to transport cargo and even has a roof hatch in case you need to carry ladders. The van comes in three different body types: standard (4.28-metre-long payload), Maxi (4.66-metre-long payload), and Maxi Crew, the five-seater version of the Maxi with a shorter payload for when you need the whole team onboard.

The Kangoo ZE is a perfect electric option for an urban business fleet. Who knows, perhaps seeing enough of these on the street could be the push Australia needs to drive on over to the green side.