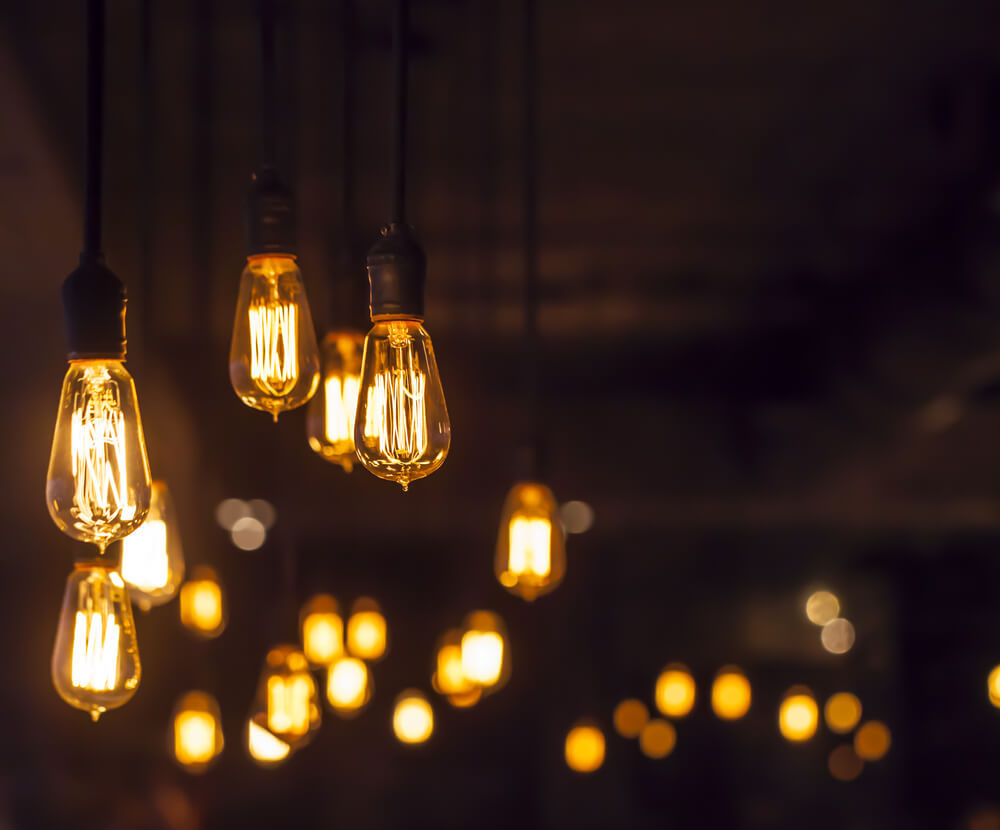 LED stands for ‘Light Emitting Diode’ and is a semiconductor device that converts electricity into light.

If you want to know what else makes LED lights superior to other types of lighting, our list provides you with some other benefits that showcase the lights’ qualities.

If you’re someone who despises changing light bulbs, good news. By installing LED lights in your home, you’ll only need to change your bulbs every 20 years or so.

Due to their energy saving ability, these lights mean significantly lower power bills, and a relatively longer lifespan than other types of lighting.

A good-quality LED bulb can last more than 25 times longer than a traditional light bulb. To put the longevity of LED lights into perspective, if you were to run the light bulb for 24 hours a day, seven days a week, it would take three years for it to burn out.

Given the Australian lifestyle of entertaining outside on the porch or veranda, having lights on at night is almost a given. And with this in mind, light attracts bugs.

If you’re someone with a hatred towards anything small that flies around, consider investing in LED lights.

Fluorescent and incandescent lights produce IR and UV light radiation that is very attractive to bugs.

And then you have LED lights.

Though they will not completely eliminate the attraction bugs have to light (as bugs still enjoy normal light), they will significantly reduce your bug and moth problem.

And this is probably a better option than having bug spray lingering and stinking up your dinner party.

Anything bright and small will attract a child, making a light bulb the prime object to touch if it’s within arm’s reach.

An LED light does not produce a significant amount of heat making it safer for children with a tendency to grab it.

LED lights, as mentioned prior, use energy far more efficiently that its competitors with little wasted heat.

If you have an eye for design, you might like to know that LED lights are very gentle on paintings, manuscripts, and almost anything really old.

Museums and art galleries were some of the first adopters of LEDs due to this property.

The predecessors of LED lights, meaning the UV and IR light fittings, were quite harmful on the centuries-old paintings and materials in the long-term.

This meant that these spaces were never lit brightly and would be left in darkness when the art gallery or museum was closed.

On the contrary, LED lights are able to illuminate spaces, making them significantly brighter. They also provide control over colour temperature, all while protecting and preserving valuable artefacts.

LED lights have an RGB feature, meaning that there is a combination of 3 LEDs in just one package; it is made up of one red LED, one green LED and one blue LED.

Depending on the colour you want to produce, you can combine these three primary colours to generate different colours, complementing the pieces on display either in your home or a museum.

They Are Better for the Environment

LED lights contain no mercury at all, and over 95 percent of an LED is recyclable.

According to an Energy Department study, LEDS have a much smaller environmental impact than incandescent bulbs.

And with the constant and steady improvement of LED technology, they have an edge over compact fluorescent lights.

Dimmable LEDs are Getting Smarter

For centuries, a human’s body clock has been affected by the sun. Sunlight has determined our sleeping patterns for years.

It has been proven that artificial light can significantly affect our internal clocks. The negative implications of this affects our ability to fall asleep, as this type of light confuses our bodies into staying awake for longer.

Leading up to bedtime, experts recommend dimming lights to simulate the lighting of a sunset. Also, try using warmer light as opposed to cooler light.

The benefit of LED lights is that they can be dimmed. New technology is emerging that lowers the colour temperature of the light as it dims.

If you’re looking to get a better night’s sleep, consider installing LED lights in to your bedroom so as to capitalise on the ‘Sunset Dimming’ lighting system.