The Bill Gap: Aussies Born Before 1968 More Likely To Be Overpaying For Electricity

Aussies who switch their energy provider could save as much as $489 a year*. 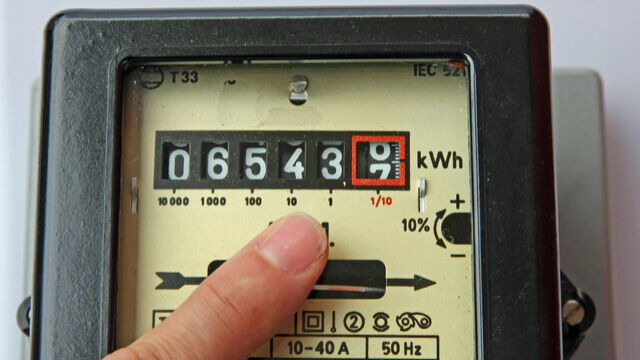 It’s official. Three different regulatory bodies have come out and said it – Australia’s energy market is anything but competitive. First it was the AEMC and IPART – now the ACCC have found there are savings of up to $489 a year* for Aussies switching from the worst available offer to the best.

Even the Prime Minister has proclaimed there are close to 2 million Aussies paying more than they need to for electricity because they’re stuck on contracts that are either too expensive or inappropriate. The victims are the Aussies that find it too difficult to switch suppliers, often fifty and over, who are more likely to have stayed with their supplier despite rates rising.

Every day at ElectricityandGas.com.au we hear from Aussies who are fed up with forking out thousands of their hard-earned dollars for their energy bills. And every day we help them find a better deal. We know just how easy it is for people who don’t know the energy market to waste their money AND how easy it is to put a stop to it.

All of Australia’s energy market regulators recommend that Aussies review their bills every year. This is because energy providers have been able to change rates without informing their customers, and because cheap introductory offers are used to lure people in before they find themselves hit with a big rate hike.

On top of all this – confusing pricing, sparse market competition and higher wholesale costs have caused electricity bills to surge by a staggering 60% over the last 10 years. The result? It’s everyday Aussies, trusting that their provider won’t rip them off, who get stuck with the worst rates.

“Market deregulation was supposed to reduce costs and make energy more affordable for everyday Aussies,” says an ElectricityandGas.com.au spokesperson. “But the reality we have seen is incredible deals for some contrasted with complete rip-offs for others. It’s just not fair for the people stuck with the raw end of the deal.”

“That’s why we started ElectricityandGas.com.au, because, with prices on the rise, we think Aussies deserve the chance to find a better deal. Why should you be paying more for the exact same thing simply because you’re not a market expert?”

You get access to no-mark up policies from energy providers across Australia, making it easy to find the best deals in your area. This service makes comparison shopping for energy easy, and best of all it’s totally cost and obligation free.

Just last month almost 40,000 people chose ElectricityandGas.com.au to help them compare, switch and save. Cheaper bills are only a few clicks away. Why not join them?

* “If the ACCC’s recommendations are adopted, an average residential customer in NSW should be able to achieve savings of $409 (24 per cent) of annual bills by 2020–21. For other NEM regions achievable savings are estimated to be between $291 and $489.” Source: The Australian Competition & Consumer Commission, “Restoring electricity affordability and Australia’s competitive advantage”, Retail Electricity Pricing Inquiry—Final Report, June 2018. https://www.accc.gov.au/system/files/Retail+Electricity+Pricing+Inquiry%E2%80%94Final+Report+June+2018_0.pdf.